But, my all time favorite mystery genre:  A-keep-you-guessing-till-the-last-moment Whodunnit.

If you’re a fan of mystery television, then you know that many shows are formula based. Although entertaining, you know what to expect. But, the following whodunnits, break the mold. They draw you in, and won’t let you go until you’ve watched every single episode. And even then, you’re left wanting more.

And Then There Were None

A remake made for television, based on Agatha Christie’s novel. You can’t beat the classic! 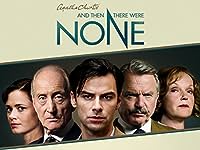 Two detectives – the strong yet compassionate Detective Sergeant, Ellie Miller, and the by-the-book Detective Inspector, Alec Hardy – are brought together to solve the murder of an eleven year-old boy on a picturesque beach in a small coastal town. Under the glare of the media spotlight, the two race to find the killer, while the clock ticks and the mystery deepens. As seen on BBC America, this critically acclaimed crime series stars David Tennant (“Doctor Who,” Harry Potter) and Olivia Colman (The Iron Lady, Cuban Fury). ~Amazon

This one gets a bit more gruesome then the others on the list, but oh so suspenseful!

A small group of family and friends gathers on a secluded island to attend a weeklong wedding celebration…but the island’s history as the location of a mass killing threatens the joyous event and sets the stage for a new mystery. ~Amazon

The role of the relentless detective, (Juliette Lewis), keeps suspects on their toes.

A taut psychological thriller; a nerve wracking plunge behind the curtains of suburbia. Ben is an everyday family man who find the body of a four year old boy, and quickly becomes the prime murder suspect. As his world splits apart, Ben finds himself with no choice but to clear his name.~Amazon

American Gothic centers on a prominent Boston family reeling in the wake of the chilling discovery that someone in their midst is linked to an infamous string of murders.~Amazon

Have you watched any of these shows? If so, I’d enjoy your feedback.

Have a Whodunnit Mystery show to add to the list?